London rocks the world this year 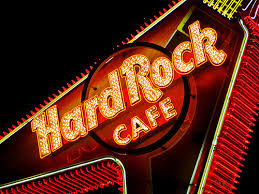 Hard Rock Cafe Kuala Lumpur and Melaka are giving their fans an opportunity to win an all-expense paid trip to witness one of the world’s most anticipated concerts in London – Hard Rock Calling 2013! Both cafes are geared to offer their loyal followers with an amazing trip to one of the most extravagant concert of the year.

Produced by Live Nation and presented by Hard Rock International, the concert is successfully running in its seventh consecutive year. It will take place from the 29 to 30 June at London’s Queen Elizabeth Olympic Park. The lineup of entertainers for Hard Rock Calling 2013 will feature some of the world’s most celebrated musicians and today’s hottest artists who, amongst notable names include Bruce Springsteen and the E Street Band and Kasabian.

Each cafe will be rewarding a patron with an all-inclusive paid trip to Hard Rock Calling 2013 worth US$5,000 (RM15,447). The winner will get to bring a friend along. The package for two includes round-trip airfares; hotel accommodations for three nights; concert tickets for each of the two days of Hard Rock Calling 2013; and US$300 (RM926) spending money. Patrons will have a chance to win this trip by spending a minimum of RM200 on food and beverage in a single receipt. Sponsors include the Royal Brunei Airlines amongst others.

Committed to supporting music and emerging artists, Hard Rock International hosted more than 20,000 live music events worldwide in 2012.  The brand continues its dedication to live music in 2013 with its global Hard Rock Rising - The Global Battle of the Bands, which provides a forum to showcase today’s hottest up-and-coming talent and bring live music to fans worldwide. Hard Rock Cafes in Malaysia have also been a huge supporter of the local and international music scene, where they continue to provide platforms for bands and artistes to perform.

Hard Rock Cafe Kuala Lumpur and Melaka are a joint venture between the Sultan of Selangor, Sultan Sharafuddin Idris Shah; Tan Sri Syed Yusof; and HPL Ltd. The newly opened Hard Rock Cafe Melaka is a 1,372-square-metre property with over 90 memorabilias from Hard Rock’s iconic collection, ranging from a Fender Telecaster guitar played and signed by the legendary Bruce Springsteen, to a jacket worn by will.i.am of the Black Eyed Peas during his solo album promotion of “Song About Girls” in 2007.