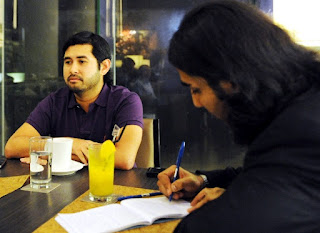 Johor Prince Tunku Ismail Ibrahim has quit as Johor FA president after helming the association slightly over a year.

His presence in the scene raised eyebrows due to the manner he was made president and was seen at the sidelines which is only restricted to accredited personnel.

Money, and lots of it, was spent on getting some of the best players in town. Under his leadership, the management decided to change Super League club Johor FC as Darul Takzim FC while Premier League outfit Johor FA remained the same. Former Singapore international Fandi Ahmad was hired to guide the southern team.

There was also the 'spat' between Johor FA and Kelantan.

He spoke publicly about match-fixing in the league and even claimed a police officer was involved. Tunku Ismail spoke his mind and shared his views with the author as reported here.

However, Tunku Ismail's comments, lambasting FAM's attitude in combating match-fixing and the poor refereeing standards did not come down well with the FA of Malaysia (FAM). Tunku Ismail was slapped with a six-month suspension and he accepted the decision.

Tunku Ismail, nevertheless, was seen sitting at the sidelines during Darul Takzim FC's match against Terengganu on April 30. This certainly caught FAM in a sticky situation based on their reaction. FAM secretary general Azzuddin Ahmad kept mum while his assistant who was also the match-commission had gone on record to say that "FAM will investigate if Tunku Ismail was seated at the sidelines as Johor FA president or in his capacity as TMJ."

The rule book clearly states no person without accreditation is allowed to seat on the bench.

And now Tunku Ismail has decided that he will manage Johor FA better by playing patron. This has somehow comforted fears as many begin to wonder if the association will continue to enjoy the lavish funding and backing they have been receiving.

Tunku Ismail has been given a dosage of reality. There were many others who tried but decided to call it quits instead.

Rules are made for a reason and rules apply to all. One must always remember that a bad law is still law until repealed or ammended.