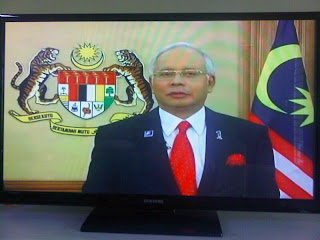 The nation will gear up for the 13th General Elections after the Parliament was dissolved as per Prime Minister Najib Razak's live speech at 11.30am.

The Election Commission will meet before they announce the polling date which many believe will be later this month.

During his speech, Najib pacified fears of those in Lahad Datu, encouraging them to vote and that security in their area will be closely monitored by the security forces.

For the build-up and reaction to this morning's announcement, visit here.