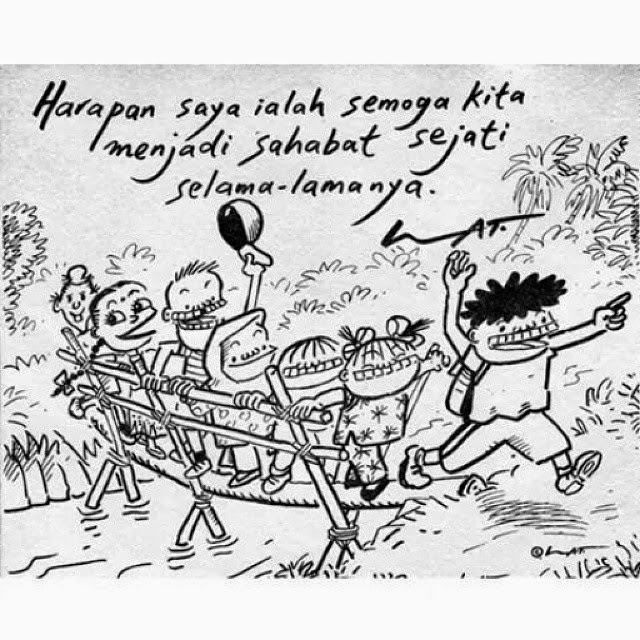 THERE is just so much to say. Everyone has plenty to say.
But what are we doing about it?

1) We speak about equality, being colour blind. Yet, we discriminate from young – by insisting on the need for public vernacular schools in the name of preserving our culture.

HD says: My former neighbour once said she was afraid her son might marry a Malay if he attended a public national school. #Waduh

2) We continue to harp about tolerating those of different races and creed when we should instead be respecting one another, despite colour or ethnicity.

HD says: According to the Oxford dictionary, tolerance means: “Allow the existence, occurrence, or practice of (something that one dislikes or disagrees with) without interference”. #TskTsk.

3) We excite quickly when a young girl sings in Bahasa Melayu. (Elizabeth Tan’s cover of Sudirman’s Tanggal 31 on YouTube). It is amazing that after six years of primary education, five years in secondary school and having lived their entire in the country, many are still unable to converse or write fluent Bahasa Melayu.

HD says: Illegal immigrants in the country seem to understand the national language better than some locals. #Malulah

4) We claim to be religious when it suits us best.

HD says: Religion is something between an individual and God. #IRestMyCase

5) We demand for accountability and transparency, yet we close an eye when it concerns us.

HD says: Many are up in arms when an illegal security guard robs or shoots someone. Yet, they have no qualms paying their monthly maintenance to a company that employs illegals to guard their homes. #Hypocrisy

6) Leaders and politicians claim their departments are efficient. Yet, many continue to wait for weeks, if not months, for a complaint to be addressed.

HD says: Dear ministers, some of your agencies are shamefully ineffective. #Lembab

7) We demand subsidies from the government, yet we try to avoid paying taxes.

HD says: And the excuse we often hear: “Government already has so much money mah, why do we need to give them more.” #Sigh

8) Politicians claim they have the people in their hearts. Yet, some find it “convenient” to abuse tax-payers money.

9) We have the extremists demanding for 'their' rights. Do they even know what their rights are?

10) We post pictures and videos of our fury friends. We sympathise with them when they are abused or not allowed to enter certain places. Yet, we do nothing when someone kicks a cat  in a restaurant or when a guide dog accompanying his blind owner is chased out of a shopping mall.

11) We love to find a scapegoat – blaming the government, the authorities and everyone around us. We whine and complain over everything but do nothing. We instead say:  "Do also no use lah", " Not my problem" or 'I'm not paid to make changes".

HD says: An acquaintance, despite sending his daughter to TWO tuition centres, conveniently blamed the teachers and education system after his daughter failed to get an A for Mathematics. #Ayoyo

12) We find it amusing to call our country Boleh-land, yet we are the main contributors of ensuring everything translates into "boleh" (can) in this land. We despise corruption but would not hesitate to say "boleh settle tak?" when pulled over by a policeman.

HD says: We park by the side of the road to get to enjoy a good meal. And when we receive a summons, we kick up a big fuss. #Apadah

13) We are disgusted with our filthy roads and dirty back-lanes. Yet, some of us have shamelessly roll down our car windows to throw a tissue.

14) We expect people to treat us right, yet we remain disrespectful by talking rudely to a waiter or repeatedly flash our headlights to push motorists ahead out of the lane.

15) We speak about togetherness and unity, yet the people we mingle with, we work with and the majority of our friends on Facebook are of the same ethnicity.

HD says: Birds of a feather flock together? #Where Is TheLove

Malaya, as she was then known, was set free on August 31, 1957 and the country became complete with the inclusion of Sabah and Sarawak to form Malaysia on September 16, 1963.
To some, 57 may seem old. But in reality, Malaysia is still young and has a long journey ahead of her. Malaysia has so much to offer but if we start behaving like cancerous cells, we would eventually kill her.
We still have plenty to learn.
Ignore politicians who spew silliness in a bid to earn brownie points. We need to understand each other better, understand what we want and know what we are 'fighting' for and ensure Malaysia will continue to prosper.
We, the people, make this country.
Happy belated independence day and happy birthday in advance my dearest Malaysia. I am proud to be your son.

Haresh is proud to be a Malaysian. He can be reached at haresh@mmail.com.my or on Twitter @HareshDeol
Haresh Says independence day Malay Mail Malaya Malaysia