End of road for car thieves 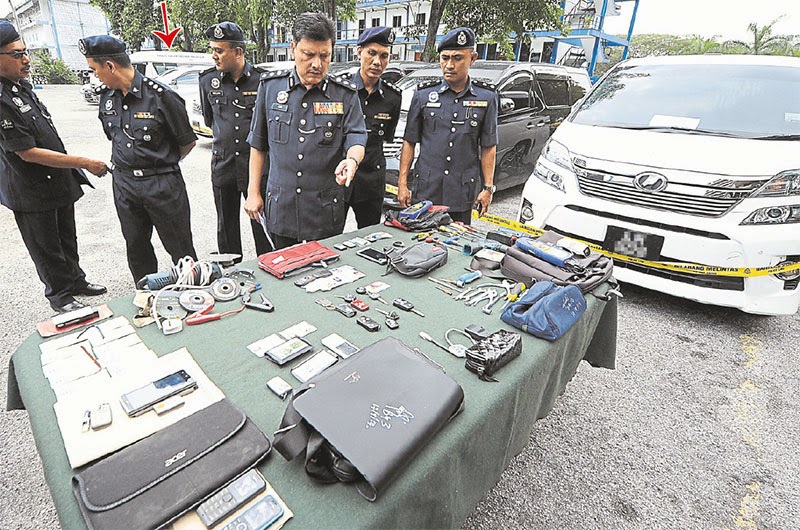 PETALING JAYA — Ten vehicles, mostly luxury cars, were neatly parked at the police district headquarters yesterday but it was a van belonging to the National Sports Council (NSC) that stood out.

The van, belonging to the government agency under the Youth and Sports Ministry, was among those recovered when police busted an international serial car theft syndicate, known as Taiwai, with the arrest of six individuals this month.

Interestingly, all five men and one woman had been charged with car theft at the Petaling Jaya magistrate’s court in April and released on bail.

An NSC spokesman confirmed  its vehicle was stolen on September 6 after the driver parked it in front of his house in Seri Kembangan.

“The driver went home in the afternoon and he was supposed to send several athletes to a sporting event later that day,” he said.

He said the council was glad police managed to retrieve the new van.

Petaling Jaya OCPD ACP Azmi Abu Kassim said the six were detained after a closed-circuit television camera recorded them scouting for cars at a commercial area in Kota Damansara on September 7.

It is believed the group had been operating for nearly five years, and its leader had a record for seven offences.

“We arrested three of the six suspects at their homes in Kepong a week after obtaining the CCTV footage,” Azmi said.

“After interrogating them, we arrested two more suspects later that day, and the sixth suspect at 2am today (Wednesday).”

Azmi said the group would sell the stolen cars to another syndicate which would transport the vehicles out of the country.

“They cloned car remote controls and jammed car computer systems to break into the vehicles,” he said.

“The cars are usually taken out of the country and sold in Thailand and Singapore.”
car National Sports Council police theft van