From breaking records to breaking hearts


As published in Malay Mail today. 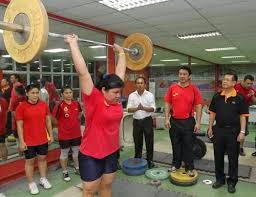 KUALA LUMPUR — Jelinie Empera could be stripped of her Sukma gold medals after the 21-year-old Sarawakian tested positive for steroids.

The test results of another two athletes were also being scrutinised.

Sukma, featuring athletes 21 and below, is seen as an avenue for young hopefuls to showcase their talent. Sarawak emerged the overall winners of the games after picking up 66 gold, 55 silver and 44 bronze medals.

Questions have now been raised as to who could have provided Jelinie with the drugs and the Malaysian Weightlifting Federation (MWF) has pledged to ban all, including officials, involved in the fiasco.

Her coach, Edmund Yeo, who was also the state coach, claimed he is baffled as to how Jelinie had traces of the banned drug in both her urine samples.

“We will investigate further,” he said, without wanting to comment more.

MWF president Datuk Ong Poh Eng said he had not received anything in black and white regarding the matter.

“Once we have received something in writing, we will conduct our own investigation. Even officials or coaches who had assisted the athlete in taking the banned substance will face action,” he said.
“Let’s not kid ourselves. Any layman would know such abuse is not the doing of the athlete alone. Surely the athlete would have obtained the drugs from someone else.”

Jelinie underwent urine tests right after inking two new records in the women’s snatch and clean and jerk events at the Perlis games. She managed to lift 85kg to erase the previous record of 84kg set by Johorean Tey Shan Fung at the 2010 edition.

Jelinie, who hails from Baram, Miri, once again impressed many after lifting 107kg in the clean and jerk event, one kilogramme more than Tey’s effort in 2010.

She was crowned Sportswoman of the 17th Perlis Sukma and received her award from Prime Minister Datuk Seri Najib Razak at the Tuanku Syed Putra Stadium during the closing ceremony on June 4.

“We have written to the respective parties, including the Sarawak Sports Council, for them to take further action,” he said.

Sarawak Sports Council acting director, Lucas Kalang Laeng, said they too were in the midst of probing the matter.

“But it is difficult to locate Jelinie as she now works with her father at a timber camp in Ulu Baram. It is quite far out and not easily accessible. We have contacted her through a third party and it would take her one week to get to Kuching,” said Laeng.

It is learnt Jelinie had taken a herbal supplement for her “menstrual cycle” and that she will return to Kuching with the product to prove she was unaware of any banned ingredients within the supplement.

“It is unfair for anyone to pass any judgements on her at this point of time. Let’s allow her the opportunity to explain herself,” Lucas added.

jelinie.jpg
Jelinie receives her best sportswoman award from Najib at the Sukma closing ceremony on June 4.

KUALA LUMPUR — Jelinie Empera will have to waive her records and two gold medals at the Sukma Games in Perlis in May.

“Yes, I am aware (Jelinie tested positive for steroids). She will be stripped of her medals,” Youth and Sports Minister Khairy Jamaluddin said.

“(The) Weightlifting Federation will take disciplinary action against her.”

National Sports Institute chief executive officer, Datuk Dr Ramlan Aziz, said it was “worrying” to see more Sukma athletes failing such random tests.
“We hardly hear of any cases among the elite athletes but such nonsense still exists at Sukma level and this is worrying,” said Dr Ramlan.

“Jelinie’s case also shows that even young athletes are not spared in the pursuit of getting medals.”
Dr Ramlan had called on the Malaysian Weightlifting Federation to conduct a thorough investigation to find out who had aided, abetted or even forced the 21-year-old Sarawakian to take the banned substance.

“Even the state sports council must take charge and monitor their athletes closely.”

In 2005, weightlifter Amirul Hamizan Ibrahim was banned for two years after failing an out-of-competition dope test.

It was later revealed that three of the athletes were instructed by their former coach to “bring someone else’s urine” for the medical test and also advised them to “wear baggy pants so that the urine sample could be hidden”. The trio also admitted to taking the pink tablets in addition to other various pills.