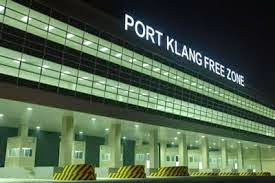 KUALA LUMPUR —  A complete revamp of the disgraced Royal Malaysian Customs Department — coming in the wake of one of the country’s biggest corruption scandals in the civil service — is being set in motion to rope in more rogue officers.

A task force is to be formed to study weaknesses in the department’s standard operating procedures (SOP) especially at entry and exit points where corruption is seemingly rife.

A source familiar with the proposed revamp described the existing SOP for these areas, where there is heavy movement of export and import goods, as “archaic” and “riddled with shortcomings”.

He said the review will also look at the existing powers of the department to determine if this allowed officers at certain levels to operate unchecked.

“There will be a total shake up where SOP at ports and airports will be scruntinised and revised. There will also be shifting of manpower as this will be a nationwide exercise.

“The present processes and SOPs are deemed archaic as certain things — even at PKFZ — are done manually including the sealing of goods. This can give rise to possible tampering and other abuses.”

Experts from various fields and former staff are among those who will form the task force to eradicate corrupt practices within. There is an estimated 13,000 Customs officers nationwide.

“There are also talks of introducing new legislation including revising current Acts. It will be a lengthy process, but it has to be done.”

Another insider said the task force will not only look at those who worked closely with the suspects but also back track to their previous postings and the people they dealt with. This was to determine if similar abuses had occurred.

“We are in the midst of compiling a full list ... where they worked prior their current posting, who they reported to, work with and their extended family members. We are also looking at the assets of all top Customs officials and work our way down to the lower ranked officers,” he said.

“We cannot put an exact figure to how many more Customs officers are involved but there would be more, perhaps double of the number that were arrested. This is only the beginning.”

It is believed money had been transferred while properties were placed under the names of family members and relatives who acted as proxies for the officers.

Investigators are also looking at the possibility if other members of the syndicate had provided loans to the Customs officers, over and above their commission for smuggling goods, pressuring the officers to facilitate the illegal activities.

MACC, had on Wednesday, nabbed the suspects at various locations in Kuala Lumpur, Dengkil, Port Klang and Ipoh following a year-long stakeout at PKFZ. The suspects -- including business owners, agents and lorry drivers -- were involved in smuggling cigarettes and liquor without paying duties and even transported them to neighbouring countries. They were believed to have been conducting the activities since 2011.

The smuggling of contraband cost the government a staggering RM2.5 billion in lost of revenue over the past three years. The rogue officers had a total of RM4 million in their bank accounts.
Some RM3 million in cash and 10 vehicles, including a Porsche Cayenne, BMWs and Audis, belonging to the officers were seized.