Historic AGM as race to SAM top post tied at 51 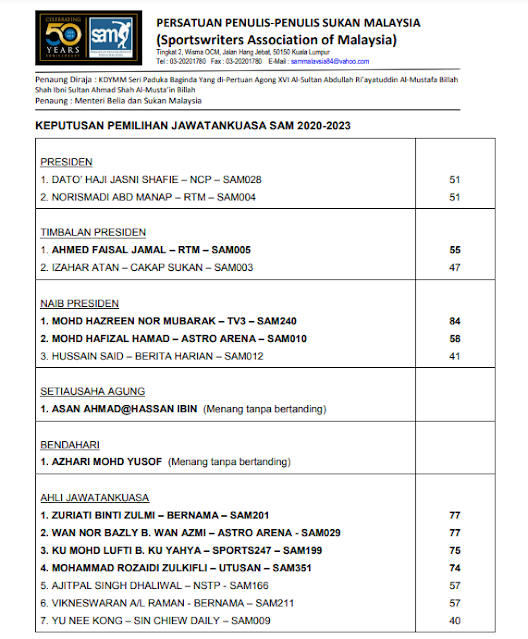 It looks like I'm not the only one suffering from a splitting headache today.

As such, SAM deputy president Ahmed Faisal Jamal will play acting president until fresh voting session for the president's post takes place within the next 14 days.

Only the 102 members who voted today will take part in the re-vote - a situation which has never been seen before since SAM was established in 1969.

Congratulations to those who were elected and all the best to those contesting for the top post.

p/s: I hope this continued "competition" will not create any friction among the SAM members. The build up was intense with lobbying, multiple forwarded messages and phone calls. A big thank you to those who have and will serve SAM but let's not forget that the association is bigger than any individual.