Update 1pm: The tweet by the Youth and Sports Ministry has been deleted. 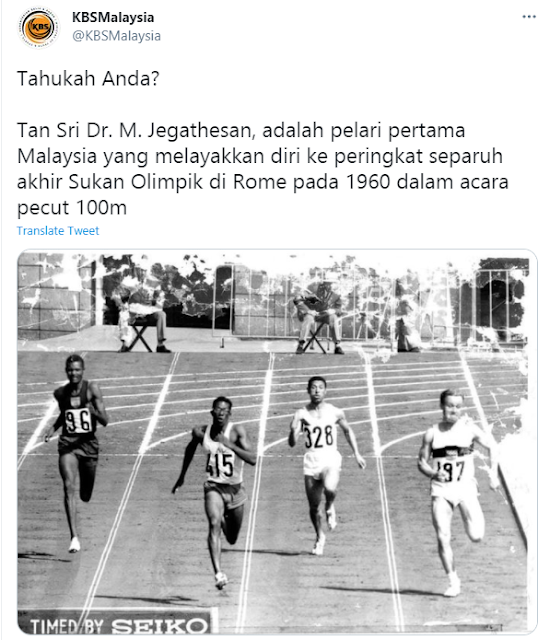 The above was tweeted by the Youth and Sports Ministry of Malaysia yesterday.

The ministry said that Tan Sri Dr M. Jegathesan was the first Malaysian to compete in the Olympic semi finals in 1960 in the 100m event.

The below appears on Olympic Council of Malaysia's website:

He (Jegathesan) became the first Malaysian to enter the semi-finals in an Athletics event at the Olympic in 1964 and 1968.

In the Encyclopedia of Malaysia Sports and Recreation, there's a picture caption on page 96 (Track and Field) that reads:

The centre stage in athletics in the 1960s belonged to three-time Olympian Dr M. Jegathesan. He won the gold medal in the 200-metre event at the 1962 Asian Games in Jakarta and became Malaysia's first ever Olympic semi-finalist in the men's 200 metres at the 1964 Tokyo Olympic Games.

And this is Jegathesan's records according to World Athletics. 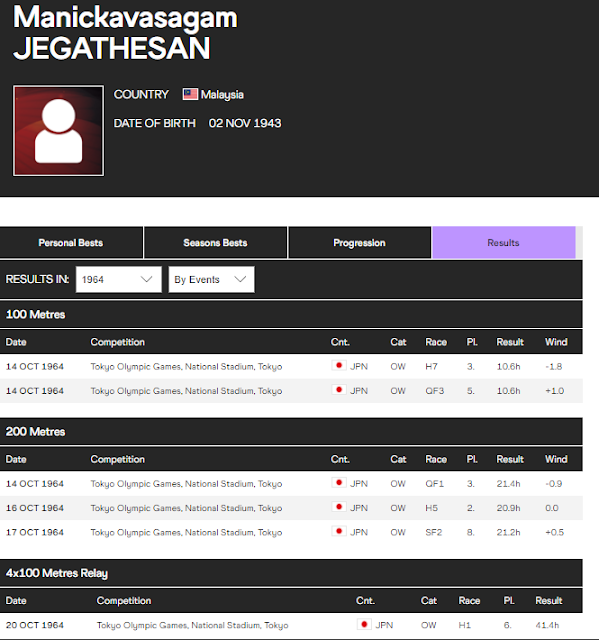 No point talking about a new sports vision, uplifting the nation's sports industry or coming up with grand plans about Malaysian sports if we don't even know the history of Malaysian sports.

It's the same with the Burnley Cup - a forgotten national youth football tournament that was held from 1962 to 1972. And no one has a clue to where the trophy is.

We learn from the past to move forward.