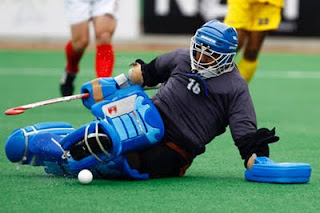 S.Kumar (pic courtesy of FIH) was named as Asia's Best Player by the Asian Hockey Federation. It was only natural for AHF to select Kumar based on his excellent skills on the pitch especially during the Asian Games in Guangzhou, China.

RTM drew 1-1 with TV3 before winning 2-0 through penalty kicks.