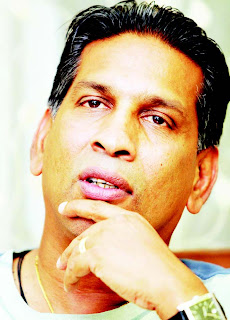 No choice for Kelantan but to release coach

PETALING JAYA: In a twisted way, it was sweet revenge against Kelantan coach B. Satianathan (pic). The former national coach lambasted the domestic league, claiming the "M-League is no football", after the national team failed to advance from the group stages of the 2007 Korat Sea Games.

Last season, Satianathan had criticised the FAM competitions committee regarding one of T-Team's fixtures. Satianathan was issued with a six-month suspension just days before Kelantan played Negri Sembilan in the Malaysia Cup final in October.

The ban was temporarily lifted and he led the Red Warriors to their first Malaysia Cup title. Kelantan edged Negri 2-1.

His appeal against the suspension was rejected by the appeals committee yesterday. Kelantan will play Selangor in the Sultan Ahmad Shah Cup at Shah Alam Stadium (8.45pm kickoff) this Saturday – without Satianathan.

The question that again begs to be asked – can a team play without a registered A-license coach on the bench?

"According to regulations, every team must have a registered A-license coach but we have treated Kelantan as a special case," explained FAM competitions committee chairman Datuk Hamidin Amin.

"Kelantan did not do this on purpose. They were hopeful the appeals committee would rule in their favour."

Judging from Hamidin's tone, Kafa will have no choice but to release Satianathan. Azraai Khor Abdullah said he has been approached but insisted it was informal. Satianathan was clearly bitter.

"What can I say? What should I say?" he asked. Satianathan's ban will only end in July and it will be difficult for him to scout for a job.

When asked about his bleak future, Satianthan, who was named Coach of the Year last season, added: "I'll be meeting (Kafa president) Tan Sri Anuar Musa tomorrow (today) and let's see what happens then."

Not too long ago Reduan Abdullah suffered similarly. Coaches can now be expected to keep mum. Or they can be expected to give FAM-friendly responses like "FAM are the best" or "We love FAM".

That should earn them brownie points. Silence is indeed golden, at least when it involves FAM.

HD says: There is a serious need to re-evaluate the contents of the constitution and to do away with poorly or vaguely drafted regulations.