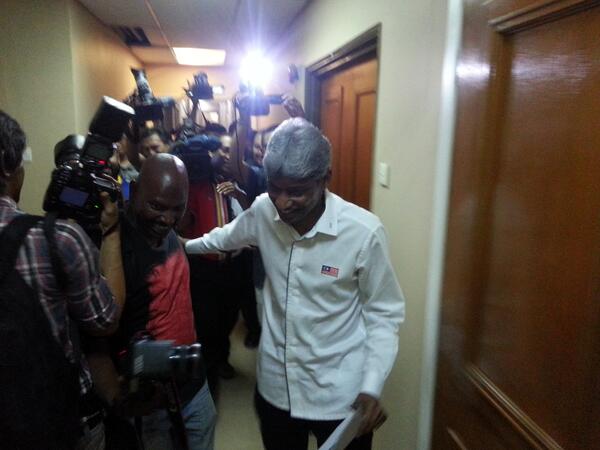 It looks like national coach K.Rajagobal will now have plenty of time to focus on the national team's preparation for their remaining matches of the Asian Cup qualifiers.

To prove the conspiracy theories wrong, the FA of Malaysia (FAM) is not eager to give Rajagobal the boot - yet. This is evident as the disciplinary committee found that several dailies had "misquoted" Rajagobal after the national team lost 4-1 to Saudi Arabia in a friendly match last month.


The dailies had apparently quoted Rajagobal as saying that the local strikers are lacking in quality due to the presences of import players.

Nevertheless, the committee had "advised" Rajagobal to be careful when issuing statements to the Press in the future.

So careful Rajagobal has become that he kept on saying "no comments" after facing the disciplinary at Wisma FAM yesterday. Well, he was caught on camera smiling, nevertheless.

Efforts to contact Rajagobal proved futile. Guess he was just being "careful" not to speak to the Press.

Here's hoping such episodes will not turn off coaches from speaking to the Media.