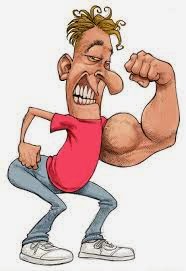 KUALA LUMPUR — First it was the Under-21 athletes, now eight strong men have been implicated in Malaysia’s latest sports doping scandal.
Seven of the eight bodybuilders, whose identities have not been revealed, tested for banned substances from samples taken after the Mr Malaysia 2014 contest in June.
Another, who was due to compete in the Mr Asia physique class last month, was withdrawn from the competition after out-of-competition tests indicated the use of prohibited substances.
“Eleven samples from the Mr Malaysia contest were taken and seven of them were positive,” said Malaysian Anti-Doping Agency (Adamas) unit head Nishel Kumar.
“Some had up to four different types of banned substances.”
The test results from the World Anti-Doping Agency (Wada)-accredited lab in New Delhi were discussed at Adamas’s results management committee earlier this month and the findings were forwarded to the Malaysian Bodybuilding Federation (MBF).
“We discovered some recent cases and need to take the matter to our executive council before commenting further,” said MBF secretary Kamaruzaman Kadir.
“We have our principles and will not conceal anything. There will be no compromise for those who test positive, in line with Wada codes.
“First-time offenders will be banned for four years and fined RM2,000, while repeat offenders face lifetime suspensions.
“All our athletes bound for international competitions have to undergo tests prior to competition. We are very particular about this, because we do not want the sport to bring shame to the country.”
Kamaruzaman conceded the sport was at a high risk of doping and the MBF faces an uphill battle in cleaning it up, especially at state level.
The news comes in light of the Sukma debacle exposed on September 19.
Weightlifters Jelinie Empera of Sarawak and Siti Fazera Ishak of Perlis, and Federal Territories cyclist Dhia Danial Kharil, tested positive at the games catered for budding athletes under 21-years-old.
Jelinie, who broke two records in the women’s snatch and clean and jerk events at the Perlis games, was stripped of her two gold medals and sportswoman award.
The other two athletes did not win medals but still face suspension from the respective national bodies.
More than 400 athletes were randomly selected to undergo testing during the games.
Their urine samples were sent to the National Dope Testing Laboratory in New Delhi, India.
The results indicated Dhia and Jelinie had traces of anabolic steroids, while Siti Fazera’s sample contained diuretics, often used as a masking agent.
In 2005, weightlifter Amirul Hamizan Ibrahim was banned for two years after failing an out-of-competition dope test.
On May 24, 2011, six sprinters — Siti Fatima Mohamad, Siti Zubaidah Abadi, Yee Yi Ling, Norjannah Hafiszah, Nurul Sarah Abdul Kadir and Noor Imran Abdul Hadi — failed to turn up for a random anti-doping test.
Malay Mail, in its front page story on May 27 the same year, revealed that the athletes had consumed pink tablets and were instructed by their former coach to “bring someone else’s urine” for the medical test.
At the 2011 SEA Games in Palembang, the national men’s 4x400m relay team was also stripped of their gold medal after sprinter Yunus Lasaleh tested positive for a banned substance.