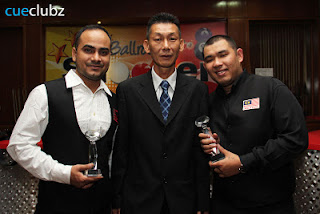 The Sports Commissioner's office has finally spoken regarding the Malaysian Snooker and Billiards Federation (MSBF); form an ad-hoc committee it says.

However, rumours around the green baize has it that certain individuals insist they do not need to conform or join such an ad-hoc committee for they are the rightful guardian of the sport in the country.

Thus it will be interesting to see who will show up when the newly formed committee headed by Malaysian Tenpin Bowling Congress deputy president and former KLFA official Mohammad Noor Abdul Rahim meet for the first time next week.

For the record, MSBF was suspended on July 19 while the snooker players have not enjoyed centralised training for years. The training center at Casa 1 in Bukit Jalil has not been utilised either.

Most of our cue artists including former Asian junior champion Moh Keen Ho, Thor Chuan Leong and Lai Chee Wei are working in snooker centers but remain regular fixtures in the local tournaments. Chuan Leong, or better known as Rory by his peers, recently won Leg 13 of the XZ Tour in Kuantan on October 10, as reported by Cue Clubz.

The new committee has been given 12 months to sort their mess out and below is the statement issued by Sports Commissioner Yasin Salleh as reported by Bernama two days ago;

"I hope the MSBF Ad-Hoc committee can carry out the responsibility vested upon them to ensure the development of snooker and billiards in the country."

We hope so too sir!