Where are the coaches? 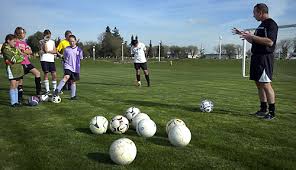 It's the time of the year where we see players are scouting for new teams.


It's also the time of the year where coaches leave for better opportunities elsewhere.

However, we often seen the same faces hopping from one team to another. This certainly does not paint a pretty picture despite the fact there are more than 100 A-licence coaches in the country. I'm also sure we do have local coaches who possess the AFC Pro-Diploma which is equivalent to the UEFA's Pro-Diploma.

So where are the other coaches?

Apparently some coaches just quit the scene despite their impressive resumes, some have personality issues with the officials that run the FAs. Others claim teams are hesitant to try out a fresh face.

But a coach said this to me;

"Why would a coach waste his time being part of a state FA that is not well organised? And working with officials who are clueless about football is even worse...a coach will be sacked even if he provides results. Just look at what happened to Mat Zan (Mat Aris) during his stint with Terengganu."

"Coaches might as well concentrate on grassroots development, at least there is more satisfaction," he concluded.

Perhaps it's best to get the views of the coaches themselves.