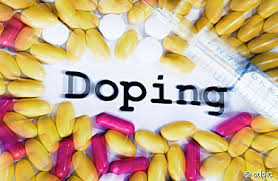 "Yes, two athletes who participated in the Pahang Malaysia Games tested positive during an anti-doping test. I'm sorry I can't reveal more than that as we're still investigating the matter."

"We've seen such cases in previous Sukma as well."

Those were the words of Nishel Kumar, head of ADAMAS.

The million-Ringgit Games was held on from July 7 to 16 in various locations in Pahang.

Malaysian athletes suspended for taking banned substance is nothing new.

Six athletes went "missing" after they failed to turn up for an anti-doping test in May 2012 while two national athletes were involved in an anti-doping issue at the Jakarta SEA Games last December, as previously reported here.