Former national shuttler Punch Gunalan passed away earlier this morning after being seriously ill for the past week.

Born as Panchacharan Gunalan, the right-hander from Sepang, display on court earned him the nickname "Punch" by the local journos and he later embraced the new name.

Punch, who stayed in a lovely house in PJ, later turned into the national coach (Thomas Cup team 1992) before playing BA of Malaysia secretary from 1985-1997. He was also enjoyed interesting stints with the Asian Badminton Confederation and the International Badminton Federation. 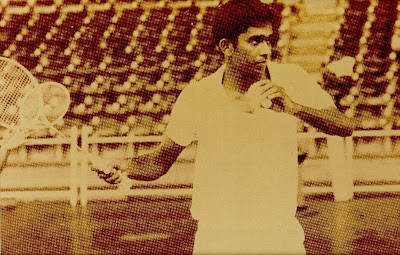 I remember meeting him sometime ago when we sat down and he described how it was like playing badminton with a wooden racquet and  not having millions to come back to after winning a tournament.

"We had no money then so we sometimes travel by ship, it was good as we could train in the ship. We didn't play for money then, there was hardly any money to begin with. We played because we wanted to play for Malaysia," Punch said.

Sadly, my articles can no longer be found as The Malay Mail do not seem to have an archive system. However, I managed to find an article from the old Sunday Mail on a third party's website as seen here.

RIP Punch. You will be missed.