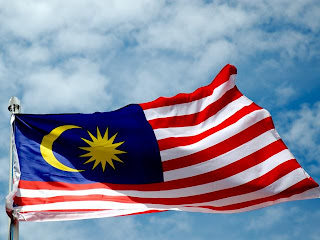 What does Merdeka mean?

“Merdeka means we are free from penjajah and we stand together as one.”

“Merdeka literally means freedom from colonialization but in the new millennium, in the current context of our country, Merdeka reflects our country’s solidarity in the advancement towards being a developed nation and most importantly how we bring about the paradigm shift of our mentality to another level.”

“Merdeka holds a significant meaning to all of us. It reminds us of our grassroots and the ability to be harmonious in our country. Everybody should respect the values. Malaysia is a blessed country and we should not think of the negatives and look at the positives. It’s a country filled with colours.”

“I’m proud and happy we have progressed so far. My believe is that we can do better by being more united yet respecting our diversities and autonomy.”

“I think as far as the future generation is concerned, sports have done well. The youth complain what we have achieved over the past 55 years...they can’t afford to buy cars, houses are expensive and they get stuck in bad traffic. Of course they will say we have not done anything.

But sports have made people feel good. Through sports the whole nation rallied during the Olympics – from senior citizens to young kids.

Not only are we independent, we can be at par with the world if we want to. If we put in effort and we’re focused, not only independent citizens of independent country, we stand tall with other countries.”

And here's ending the wishes with a tasteful 'slogan' from Harimau Muda coach Ong Kim Swee;

"Keharmonian dan kesejahteraan tunjang kemerdekaan."
I wish we will someday learn how to respect each other regardless of race, culture, creed and religion.