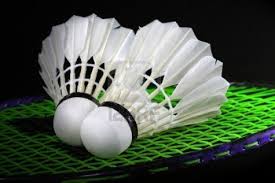 Several not-so-little-birds claimed the Sports Ministry has "agreed" to channel money to a badminton club hoping to "unearth more talents".

And apparently more shuttlers are set set to quit the national stable thanks to such a funding. Betul ka?

The issue of the country lacking in talents has been raised numerous times and will be felt once top shuttler Lee Chong Wei quits the scene.

Two shuttlers - Chan Kwong Beng and Misbun Ramdan Misbun - had recently quit the national stable as they decided to pursue their careers through clubs instead.

Such a funding - if it will indeed be handed out - will certainly set a precedent and will enable other clubs to enjoy such a benefit. Hopefully lah.

Among the prominent badminton clubs in the country are Nusa Mahsuri and KLRC.

This will allow the BA of Malaysia to play its role of managing the sport in the country and to organise more tournaments instead of being burdened to unearth talents.

And once again IF TRUE - the objectives must be clear and transparent. It must not be a situation where the club gets money just because of past association, connection or to promote a certain agenda.

And the club should only be rewarded if it has a record to prove.