UPDATE Jan 29, 2pm: Table tennis and hockey have been included in the Myanmar Sea Games. Olympic Council of Malaysia and other Olympic Committees are fighting for the inclusion of badminton. The tweet by Astro Arena's (who is also Sportswriters Association of Malaysia president) Ahmad Khawari Isa says it all.

Malaysia will suffer a big blow as badminton, hockey and gymnastics will not be contested at the year end Myanmar Sea Games.

Indonesia Olympic Committee chairwoman Rita Subowo confirmed the sport was not in the list of games for the regional meet. 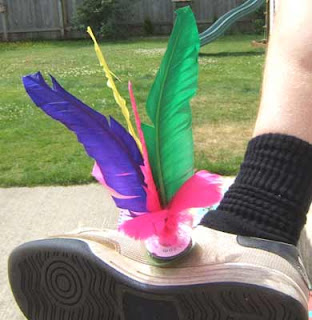 “I just received the list today and badminton is not registered as the SEA Games’ sports,” she said as quoted by Jakarta Globe.

The other sports excluded from the Games are tennis and table tennis.

Olympic Committee of Thailand’s Vice-President Charoen Wattanasin was quoted by The Irrawaddy as saying that "Singapore had already sent a letter asking Burma to revert its decision".

It remains unclear if Thailand and Singapore - and even Malaysia - had objected to the decision during the Sea Games Federation Council meeting yesterday.

The first Sea Games - or then know as the Seap Games in Bangkok in 1959. Since then, the sport has been held every two years.

While the objective of the Games is about sports and unity within fellow members, it has somewhat derailed to helping the economy of a particular country. Also, some host nations believe it is the best way to make a 'quick buck' through tourism and better sales (or more often hiked up prices throughout the tournament).

The list of events held by a particular host nation has been a subject of debate too over the years. Most host nations will list down sports that will only benefit them in the overall medal tally leading to rather 'interesting' sports being contested in the past including 'shuttlecock'.

The same syndrome is also seen during the Malaysia Games (Sukma).