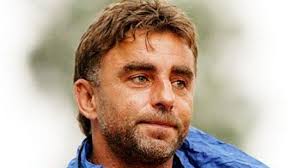 UPDATE 6pm: Police almost certain the body of a young boy found in a river in Klang is that of William Yau.

He once donned Sabah's jersey.

He played alongside countrymen Jaruslav Netolicka and Michael Vana for the Borneo side.

He drew his final breath yesterday.

Harimau Muda A coach Ong Kim Swee had quickly messaged me right after landing in Brisbane asking if I had any updates on Janu's condition after the latter suffered a heart attack earlier in the day.

Sadly, I had no good news to offer Kim Swee who also played for Sabah in the 90s.

Janu, the coach of Surabaya-based football club Persebaya, died at the age of 53 at Jemursari Islamic Hospital in Surabaya, East Java, at around 12 pm on Thursday, due to a heart attack, reported The Jakarta Post.

Some will remember Janu as Sabah's all time best 11.

A sad day for football.

HD says: Also sad that a body, of a fair skinned believed to be a seven-year-old boy, was fished out of a river in Klang as the parents of missing six-year-old William Yau Zhen Zhong were called to identify the body at the Tengku Ampuan Rahimah Hospital.  Even if the body is not William, it is still sad that a young lad has died. RIP.
died miroslav janu Ong Kim Swee persebaya sabah William Yau Zhen Zhong