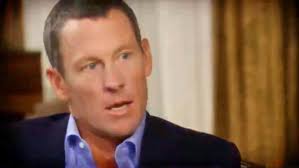 Ramlan is currently the special advisor to the Youth and Sports Minister.

After all that time, money and effort spent in trying to defend himself, he finally came clean. Jaws on the ground time, this is...as Yoda would say.

The non-analytical findings gleaned from a well-concerted effort by US Anti-Doping Agency (USADA), International Cycling Union (UCI) and World Anti-Doping Agency (Wada) to dig deeper and investigate "sampai lubang cacing" had destabilised the platform of lies and deceit that had sustained such a web of cheating in road cycling.

Realising that he had the support of idolising fans, he could count on the weight of public adulation to keep him afloat. But the straw that broke the camel's back finally came.

Having said that, it's important for the authorities to be consistent, fair and just. To withdraw all his medals based on his "involvement in doping" is rather weak, itself lending to perceptions of waffling and witch-hunting.

This is lent further credence by the lack of action on other athletes in cycling who are in a similar "pants down" situation.

True, he was never tested positive but there's such a process and procedure that's called non-analytical findings and the wide integrated joint multi-agency investigative effort seemed to have tilted the weight against Armstrong, enough to introduce the chinks in his armour.

Opinions have been polarised from the very beginning, given Armstrong's massive reputation but the scales have been tipping in the other direction.

His alleged promotion and facilitation of doping activities in his sport seemed to have galvanised the authorities but to the extent that it might seem that he's been targeted. But such is the continuing challenge in the fight against the monster of doping that there's no room for any doubt or ambivalence in the struggle against doping.

There's so much to learn from this and also form our own athletics doping scandal. In our backyard, preventive education activities have to be heightened and investigative capabilities developed to tackle this scourge more effectively.

And also, if anybody's fibbing, let's get Oprah to chat with them."