Ban BERSIH and 'friends' from the fields! 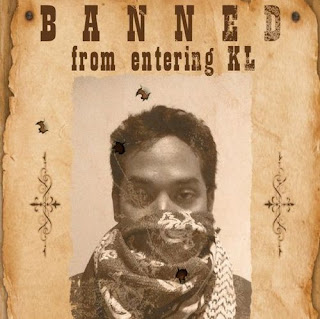 I believe much has been said and written about the three parties - Bersih 2.0, Perkasa and Putra Umno - wanting to stage rallies in KL.

Read about it here, here and here.

My concern is one thing – the fields in the stadiums.

I hate it when concerts or rallies or gatherings are held in stadiums. We lambast our poor quality of field but do nothing when thousands stomp all over it.

The league just ended and the fields have been badly battered. It is no secret that our fields – including the one at the National Stadium – are not in good condition.

2. The National Stadium in Bukit Jalil will host three EPL clubs - Arsenal, Liverpool and Chelsea - starting next week. I doubt the National Sports Complex will want to compromise that.

3. Titiwangsa Stadium needs to be refurbished and we know KL City Hall do not allocate much money when it comes to sports. It's small by the way.

4. The Shah Alam Stadium has always been our back up stadium when it comes to international matches. If a rally is going to be held there, just shout from the stands and stay away from the field!

5. Selayang Stadium? If you only have 20,000 supporters, then by all means. But again, stay away from the field please!

6. MBPJ Stadium...the field is horrible. Perhaps making it worse by stomping on it will finally get MBPJ to lay a new surface!

7. KL Stadium – It has a good field so please don’t spoil it. On the bright side, there's KFC.

People should be heard, without doubt.

But please don't wreck our fields in the process of doing so.

And I expect Khairy Jamaluddin (pic), being a former FA of Malaysia top gun, to know better.

HD says: To quote Che Guevara..."Where a government has come into power through some form of popular vote, fraudulent or not, and maintains at least an appearance of constitutional legality, the guerrilla outbreak cannot be promoted, since the possibilities of peaceful struggle have not yet been exhausted."