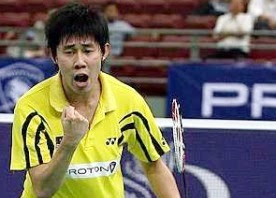 From the phone calls I received earlier this morning, I'm guessing certain quarters are unhappy with the BA of Malaysia's (BAM) latest ruling.

One of the caller actually said that BAM's new name is "Banning Association of Malaysia".

BAM has made it compulsory for professional players to compete in at least one local tournament.

Failing to do so will render the player ineligible to compete in international tournaments. The ruling comes into effect starting with the Kedah Open on July 13-16.

Also, BAM approved Tan Chun Seang's (pic) request to quit the national team on the condition he does not compete in Asian tournaments for two years but allowed him to compete in European leagues.

Are the rulings actually harsh? Or justified?

HD says: Is getting tired of featuring badminton courts for Mailsport's On the Courts 'column'.