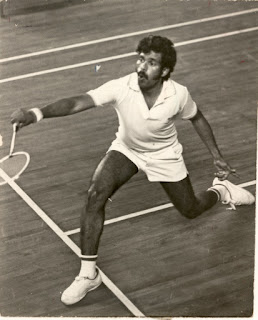 He is affectionately known as Mr Bata, for the many years he has spent with the shoe company.

The former international is currently serving as the BA of Malaysia's (BAM) high performance director on a part time basis.

James is now in a limbo. According to The Star, his days are numbered. NST reports BAM wants James fulltime.

What is widely known, James has "not been able to do his job" due to foriegn elements.

Perhaps BAM officials will need to sit down with James over a cup of tea and scones in the streets of Birmingham to find out his predicament playing high performance director thus far.

HD says: James, you had some serious killer sideburns yo. And I must admit, fashion was at its best during your era.