No water and now no imports.

Perhaps that is the 'New Year's curse' of those based in and around the Bandar Tun Razak Stadium in Cheras.

The city team will not be able to field two of Slovakians - midfielder Juraj Kuhajdik (pic left) and defender Vladislav Palsa (pic below) - after the FA of Malaysia (FAM) had yesterday ruled that KLFA, or know officially known as Federal Territory FA (FTFA), had submitted their application late.

Here's the twist. Without Kuhajdik and Palsa, KL "will not be able to obtain sponsors".

Apparently Kuhajdik and Palsa are part of a "package" whereby insiders claim the sponsors will only pump in funds if both players feature for KL. 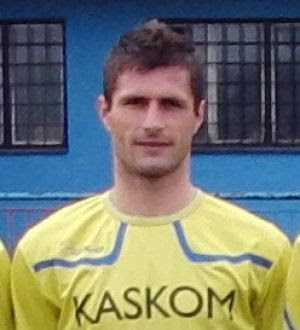 Now, FTFA are scrambling to appeal against the decision, hoping the national body will reverse its earlier call and allow the city side to field both talents.

Why wasn't the application done earlier?

There was a problem with the TMS, says an official.
Hmm...

Nevertheless, the author learnt that the team is not run by the association but by a 'sponsor' - just like the city's President's Cup team last season.

"The sponsors will roughly fund 2/3 while the FA will fund the balance," said another insider.

And FTFA will now organise a meeting to get its 'integrity committee' going as they will be tasked to monitor the team.

The question now - will FAM stick by its decision or bend over and submit to the 'pleas' made by FTFA?