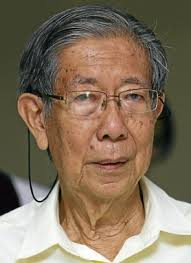 Olympic Council of Malaysia secretary Sieh Kok Chi (picture) is known to be one who speaks his mind.

However, it comes with a price as his latest comments that appeared in The Star - Mr OCM speaks his mind - has apparently not gone down well with some of the office bearers.

It is learnt that a letter was sent out, questioning Kok Chi's supposed "unethical conduct" as per his presumed statements that appeared in the daily.

This certainly reminds one of the FA of Malaysia's Article 88 saga.