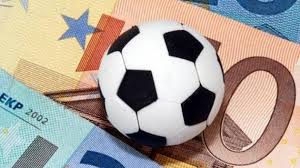 
Those who know me well would have read my articles especially those published in The Malay Mail on the subject.

There was the Con Deal? between the presumed Zimbabwe team and Malaysia in 2009 which lead to the sacking of Zimbabwe FA CEO Henrietta Rushwaya (who was later arrested).

Then there were several President's Cup players who confessed having been approached by bookies as revealed here.

I remember writing about Singaporean KM Rajendran and the infamous Wilson Raj Perumal - who is believed to have a hand in the Zimbabwe-Malaysia match that I exposed.

Even a coach of a football team spilled the beans as reported here.

So much so, investigative journalist Declan Hill - widely known for his book The Fix - gave me special mention in his blog.

However, match-fixing is nothing new in the country. Many still remember the 1994 fiasco that saw the suspension and banning of more than 100 players and coaches in the country.

In fact, Malaysians and Singaporeans have always played a role in such activities.

In 1994 ex-Liverpool goalkeeper Bruce Grobbelaar went on trial for taking a £40,000 bung to concede goals against Newcastle United.

He was charged with conspiracy to corrupt, along with Wimbledon goalie Hans Segers, ex-Dons striker John Fashanu and Malaysian businessman Heng Suan Lim.

Read the full article in UK's Mirror. There was another article on the subject as seen here.

Darul Takzim FC coach Fandi Ahmad will certainly remember testifying in court on the subject as reported by the NST (June 3, 1995).

A committee with was formed with representatives from various enforcement agencies including the police, Anti-Corruption Commission and the FA of Malaysia.

In fact, FAM also hired Osman Bakar to head an "integrity department" to look into such activities.

Yesterday, federal police CID chief Bakri Zinin said police will investigate if Malaysian syndicates or individuals are involved in fixing hundreds of European and Asian football matches in a global betting scam run from Singapore that has become a major blow to the image of the world’s most popular sport and a multi-billion dollar industry as reported here.

This is in relation to Europol's latest revelation they had smashed a criminal network fixing hundreds of matches, including in the Champions League and World Cup qualifiers.

Europol said a five-country probe had identified 380 suspicious matches targeted by a Singapore-based betting cartel, whose illegal activities stretched to players, referees and officials across the world at all levels of the game.

Match-fixing has, is and will be going on. How do we cure this illness? It remains to be seen.