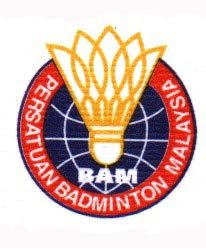 While attention was focused on internal matters leading to the resignations of national coach Rashid Sidek and talent management group director (TMG) Tan Aik Mong, the BA of Malaysia (BAM) seem to have forgotten about the Badminton Asia Youth Under-15 and Under-17 championships.

Checks on the Badminton Asia Confederation (BAC) website revealed not a single Malaysian shuttler was registered for the regional age-group tournament to be held in Kudus, Indonesia on Oct 8-13. The deadline for the registration of players was Sept 17.

This comes about as BAM president Tengku Mahaleel Tengku Ariff is set to be acting TMG director and strives to be a hands-on president, as reported here.

Meanwhile, the organiser of the Malaysia-FC Barcelona match held at the Shah Alam Stadium last month has been blacklisted by the Shah Alam City Council.

Read more on the backpage of The Malay Mail today.

HD says: Hope someone within BAM would be able to clarify to why not a single Malaysian is listed as a participant on BAC's website.
badminton badminton asia confederation Badminton Asia Youth Under-15 and Under-17 tournament BAM Rashid Sidek Tan Aik Mong