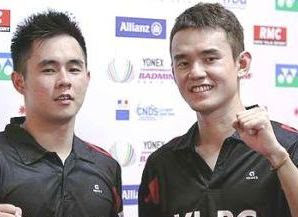 Although Teik Chai and Bin Shen are ranked higher than Zakry-Thien How, the BA of Malaysia (BAM) made a decision to send the latter pair due to their consistency on the courts.

The Badminton World Federation (BWF), meanwhile, decided to steer away from this issue claiming it's an internal affair.

Some asked, why have a ranking system when it is not respected? Others stress rankings alone do not reflect the true capability of an athlete.

Ranking or otherwise, only the best deserve to play.

HD says: Not to be confused with one of my favourite action packed Cantonese movie Infernal Affairs.