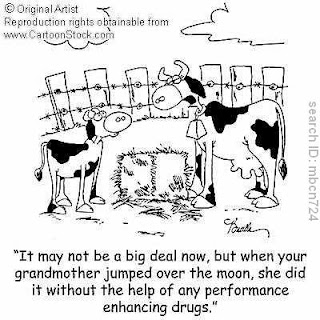 Kindly take note anything to do with medical on any current issues the rightful person to contact is the medical chairman Mr. R. Annamalai and he can be contacted via phone 013-7704153.
Thank you
M.Latchumanan
GM

I suppose this was issued after members of the Press were trying to get hold of MAAU deputy president Karim Ibrahim who also surprisingly went 'missing' the whole of yesterday as efforts to contact him proved futile.

At the same Press Conference, the subject of Elaine Koon's resignation was brought up - despite the fact the Commonwealth Gold medalist issued a statement through email on May 24 at 10.47pm that she quit. This was even reported in today's The Star.

Zolkples then left the Press conference - saying he "had to attend another function" - when I wanted to ask about the tiger stripes design episode.

Ramlan confirmed there were "no" attempts to register the design during his time as NSC director general - as reported here.

All I wanted to know:

1. If NSC claimed they have the rights, why didn't they stop Mesuma Sports from trademarking the design?

2. Why the need to go through a third party to register the design?

3. Why wasn't the deal between NSC and Telekom Malaysia mentioned at the mesyuarat Lembaga Pengurus?

I'm sure the guys at Telekom Malaysia would like to know this too.

HD says: It was good meeting up with Telekom Malaysia's officials yesterday. Perhaps we'll have tea again next time?