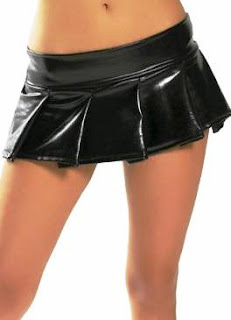 That is the question faced by the Badminton World Federation.

Things got a little heated up at the on-going Sudirman Cup in Qingdao, China where a group representing women shuttlers protested on the world body's decision to get the female athletes donning skirts instead of shorts.

The Badminton World Federation has accepted a recommendation from the Women in Badminton Committee to further study on the general clothing regualtions and thereby not to introduce the regulations as currently drafted regarding the mandatory use of skirts or dresses.

That was a statement from the BWF sent just minutes ago.

The decision was supposed to be implemented on May 1. Now it's June 1. Or is it?

BWF has indefinitely suspended a controversial regulation that would have required women to wear skirts or dresses in competitive matches, a move that many female athletes considered sexist.

In a statement posted on its website Monday, BWF accepted a recommendation from the Women In Badminton Committee to further study the general clothing regulations. The mandatory ruling was initially set to be implemented on May 1, but had been deferred until June 1 after criticism of the plan

HD says: I still say most women look good in skirts. But we should allow the players the freedom to choose their own attire.