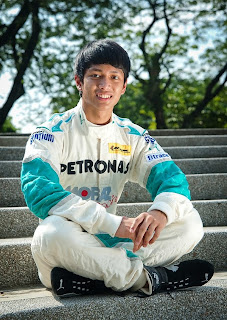 While admitting he had Lady Luck on his side, Irfan is gunning for more titles as Round 5 and 6 continues today. Read of Irfan's quest here and here.

For the record, eight local drivers are competing in the Series - formerly known as the Formula BMW.

Nearby, Putrajaya braces itself for almost 1 million youths in the Himpunan Sejuta Belia Putrajaya 2011 which ends today.

HD says: From Lamborghinis, Aston Martins and Porches - it is indeed a Festival of Speed in Sepang.