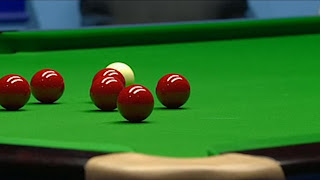 I attach herewith a few enclosures that you will find therein a better insight of the problems so creatd and for which, as a legal prctitioner, I am more interested
in problems-solving to be conducted expressly on a professional manner.

I believe Melvin had submitted to you, accompanied by many "soliciting" and "supporting" signatures expressly targetting on me. To start off, this happened after my retirement from the MSBF wherein Melvin by his ignominious conduct had manipulated for his grand design that, after the said BGM last December,to render the MSBF into a limdo with no meeting being held for 5 months. He created a scenrio as if the MSBF had gone into defunct. This was instigated by his usual bribing the pres media to intentionally paint a dismal picture undermining the MSBF in every aspect while highlihting himself being a life savour thereof

The above was taken from WY Chin's letter for the Sports Commissioner's office. For the record, I didn't bother correcting the spelling or grammar as I presume this is coming from a "legal practitioner" - as clearly stated in the first paragraph.

Having already left the Malaysian Snooker and Billiards Federation, Chin made a come back and this could pose a problem as the Sports Commissioner may have no choice but to de-register the national federation to allow all concerned parties to sort things out.

Chin even went on record to say that his long time secretary Melvin Chia "bribes the Press". It just gets interesting.

Meanwhile, the FA of Malaysia Vetting, Monitoring and Transparency committee finally met for the first time since August. Aseh Che Mat chaired the first meeting on Friday - as reported in today's Mailsports.

HD says: Just hate it when some lawyers tend to get all high and mighty. Ko ingat ko seorang je yg belajar law?