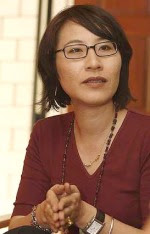 I don't blame Elizabeth for being ignorant over the state of affairs in Malaysian sports. Most politicians are clueless most of the time.

I do hope somebody will take the time to explain to Elizabeth that the Malaysia Games are held once every two years (hosted in various states) with major sports contested. The less popular sports are usually dropped due to lack of infrastructure prompting the Sports Ministry to hold another event for the less popular sports on the alternative year which will be held in KL.

HD says: Dear Elizabeth, I'll be ever willing to explain how the Malaysian sports system work over Bah Kut Teh or nasi lemak kukus instead.