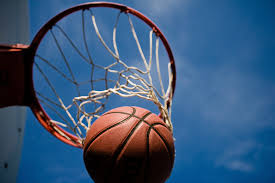 It was a pleasant surprise meeting with a former national basketball player while having lunch at the famous Yong Tau Foo restaurant in the heart of Pudu yesterday.

Immediately after exchanging pleasantries with the player, who is now part of the national team coaching staff, the conversation naturally went to the national basketball scene.

"We are preparing for the (year-end) SEA Games (in Myanmar). Other than that it is a quiet year," the coach said.

"Sadly, we are really tight with funds. Basketball has no money...no funding."

What about the Petronas deal, I asked.

"Petronas is only sponsoring the junior programme. The senior teams (men and women) are left to scout for their own funding."

Just before I left, I assured the former player-who-turned-coach that I will visit Maba House soon.

Petronas has been pumping in money since the Rakan Sukan programme in the 1990s. While the programme is no longer in existence, the oil giants have continued their support despite a steady reduction of total funding over the years.

For the record, the women's basketball team are the best in the South East Asia (SEA) region, having won the SEA Games in 1997, 2003 and 2007 while the men's team are often part of the top four in the SEA region.

Several parties tried to popularise the sport through the Asean Basketball League but, despite the noble efforts, the sport has yet to make the much needed impact compared to badminton, football, golf and even tennis in the country.

This certainly calls for a trip to the Maba House and hopefully the chance to shoot some hoops with the national cagers - a reminder of my early days covering the sport for The Malay Mail.

HD says: So should I get Nike basketball shoes or AND1? I guess my Bata 'school' shoes would be the best.
basketball coach Maba player