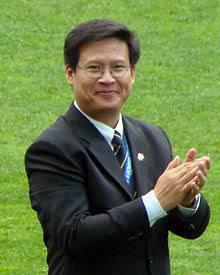 Ghee, known as TG to fans, persuaded Vincent Tan to buy into Cardiff City when the club was having financial difficulties under Peter Ridsdale.

"TG is embarking on new career and business pursuits that requires his full attention," said a club statement.

This comes as a surprise to me personally for Tien Ghee has always been in the front line and was very passionate about football especially at the grassroots.