March 30, 2013
It was certainly an interesting day in the world of Twitter.

Comments and statements made had tickled some, infuriated many and left others wondering if people actually knew what they were talking about.

There are those who strongly believe that national coach K.Rajagobal could be staring at a pre-mature exit based on the current turn of events. As he will be hauled up by the Disciplinary Board for allegedly violating Article 88 of the FA of Malaysia's (FAM) Statute, it has been seen as the easy way for the national body to cut ties with the former international. 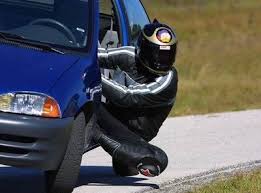 FAM general secretary Azzuddin Ahmad was quoted as saying;
“There may be a plot to remove Rajagopal and the media might have been used as a tool towards this end.

Which media organisation 'might' have been used as a tool? A tool for who? Who are those involved in "a plot to remove Rajagobal"?

Any person who strongly believe that removing Rajagobal through Article 88 would do the trick is certainly wrong as this would result in a further backlash to the national body.

If Rajagobal was hauled up by the National Team committee for the performance of the national team, then it would have been a different story altogether.

And then we have a journalist saying;

I beg to differ.

Later, the same journalist said this;