Warpath not the right path, KJ 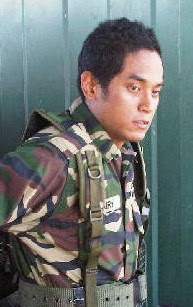 The FA of Malaysia (FAM) met over the weekend while Sports Minister Khairy Jamaluddin yesterday chaired the National Football Development Programme, with several fresh faces in its line-up.

Both meetings could have been conducted tactfully.

First let’s look at the decisions made by FAM.

The national body decided to increase the foreign quota in the M-League to four players despite knowing teams have only 11 days left before the Dec 4 Fifa deadline. Do FAM believe Fifa’s Transfer Matching System would allow an extension beyond the date?
The press were informed that Datuk K. Rajagobal’s contract as national coach would not be extended. A source told Mailsport Rajagobal’s future was discussed as it was the “hot topic at present”.

Perhaps they forgot the other “hot topic” that has been lingering for years — demands to changes within FAM.

At press time #PresidenFAMSilaLetakJawatan was trending at the second spot on Twitter in Malaysia.

Speaking about the NFDP, some observers have taken the new committee to task.

They questioned the inclusion of several individuals, especially suspended FAM deputy president Tan Sri Annuar Musa. The Kelantan FA president and Ketereh MP was suspended by the national body over comments made against the national team under FAM’s infamous Article 88 which bars officials and players from making statements to the press.

Others defended the committee, consisting of individuals from various fields, saying the critics were “sour grapes”.