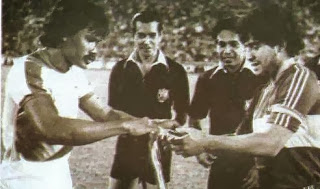 For starters, the younger generation – who only know the late Datuk Mokhtar Dahari as a former international – could have been educated about his younger days and how he picked up the art of dribbling.

Many would want to know more about Setapak-born Mokhtar – just like the many who enjoyed learning about cartoonist Datuk Mohammad Nor Khalid through Lat, the Musical.

I managed to watch SuperMokh at Istana Budaya on Friday night. Former international Reduan Abdullah and his family, who watched the show for the second time, were present and so was Mokhtar’s wife Tengku Zarina Tengku Ibrahim.

It was the same night Malaysia lost 1-0 to Bahrain in an Asian Cup qualifying match in Manama.

I was eager to see the life of my former SRK Jalan Kuantan senior played on stage. 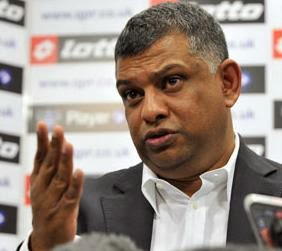 “It is all rubbish. It is gutter press.”

HD says: I wonder what Mokhtar would feel about Malaysian football today if he was still alive...
football Haresh Says mokhtar dahari SuperMokh The Musical The Malay Mail