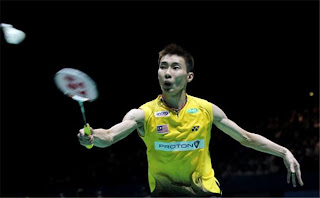 The doubles pair of Koo Kien Keat-Tan Boon Heong, however, failed to net the men's doubles title after losing 15-21, 21-18, 21-18 to Danish pair Mathias Boe-Carsten Mogensen in an earlier final.

Kien Keat and Boon Heong were winners of the 2007 edition.

Meanwhile, there were reports published during the All-England that Chong Wei wants to retire after the 2012 London Olympics. Read here.

Wasn't this reported more than a year ago? Read here, here and here.