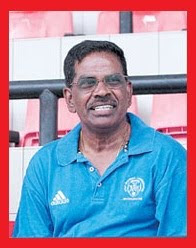 I've been hearing this for some time but simply brushed it off.

But when more players and officials started talking about it, I decided to check it out.

And apparently it's true.

Despite his illustrious and colourful background, Kelantan's new coach M.Karathu (pic) is not a big hit among his players.

He is deemed too "old school". Perhaps the players cannot stand his training regime.

Some players make fun of Karathu's command in the Malay language, so I was told.

Despite the "unrest", Kelantan lead the Super League standings at the moment.

Read today's Mailsports for the latest.