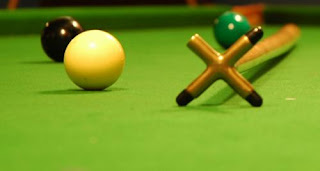 I guess that's the new term for the Malaysian Snooker and Billiards Federation (MSBF).

Fact 2: MSBF Council agreed to pay RM20,000 as a "token of appreciation" for the departure of senior official, as documented in the Council meeting held on March 5, 2010. The said official is still with MSBF based on the new line-up of the Council (elected on Dec 17, 2010).

Fact 3: MSBF treasurer claims he is clueless about the national-body's finances. The newly elected president who just tendered his resignation hardly a month in office refuses to comment.

Read all about it in today's Mailsports.