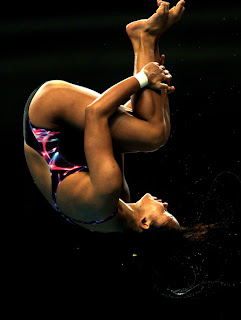 Pandelela Rinong (pic) received a pleasant surprise after she was named the 100Plus-SAM Best Athlete 2010 at the awards ceremony earlier today.

Astro Awani's broadcast journalist Zulhelmi Zainal Azam was named Sportswriter of the Year for his story on national footballer Zaquan Adha Abdul Razak recovering from an ACL injury. He pocketed RM7,000 for his feat.