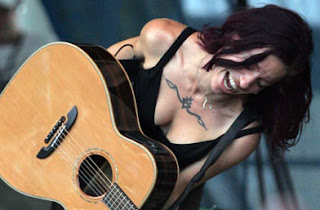 Sadly, the songwriter and guitar strumming artist was not allowed to sing that song in Singapore in 2009, as revealed here.

I wonder what restrictions will be imposed when the likes of an athetist Bob Dylan (1997 interview with Rolling Stone that he's no longer a follower of any organised religion), Michael Franti (I bet he can't sing Ganja Babe) or Maroon 5's front man Adam Levine (who openly admitted being gay) perform in the Republic.

Some good names coming up in Singapore throughout the year as seen here. But will they be allowed to keep their substance?

I doubt I'll ever see the likes of Dylan, Robert Plant or Steven Tyler in KL. Not in their lifetime. Not in my lifetime.