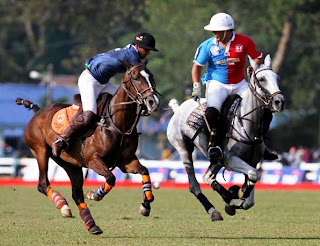 Malaysia lost 12-5 to India in their second match of the Asia-Australasian-African Polo Championships at the Royal Pahang Polo Club grounds in Pekan yesterday.

Despite an inspiring win against New Zealand on Tuesday, the defeat sent the national polo team crashing out of contention for a top four finish and a place in the semi-finals.

The champions, runners-up and the winner of the playoff of third and fourth place qualify for the World Cup Finals in San Luis, Argentina from Oct 11-25. This tournament also doubles up as the Zone D Qualifier for the Finals.

Malaysia coach Carlos Pando said his athletes were not at their best against the Indians.

“It was not our day today,” said the Argentinian.

“The big defeat killed our hopes. This happens in sports and polo is no exception. India played really well and we have to accept that.”

“The horses made all the difference. Everyone could see that India had better horses compared to Malaysia’s. India took full advantage of the situation to beat us.”

Unbeaten South Africa and Pakistan meet each other today to complete the preliminary round fixtures but their huge wins over Nigeria (13-5) and (15 ½ -7) respectively leaves them with a healthy goal difference.

HD says: Polo was believed to be first played in Persia (now known as Iran) even before the 5th century BC.