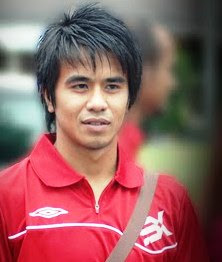 It will be a match he would want to forget.

Kelantan were so close to lifting the FA Cup title but an own goal by Daudsu Jamaluddin (pic) allowed Terengganu the opportunity the turn the table around.

And turn the tables did they as Ahmad Nordin Alias scored for the Turtles in extra time to give his side the bragging rights.

And I'm sure the Kelantanese fans will be spending their holiday today to drown their sorrows.