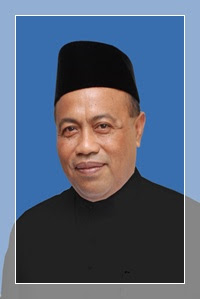 "I want to take NSC director-general Zolkples Embong to task."

Those were the words of BN-Arau's Ismail Kassim (pic) at the Dewan Rakyat yesterday. Bernama has the story here.

Ismail was quoted as saying;

"...the National Sports Council (NSC) should find solutions to resolve the crisis and not seek publicity by making controversial statements in the newspapers."

To better understand the TRUE functions of NSC, do read the NSC Act 1971 here.

For the record, former Perlis Menteri Besar Shahidan Kassim is the Malaysian Amateur Athletics Union (MAAU) president. It is widely known MAAU and NSC do not see eye to eye on most matters.