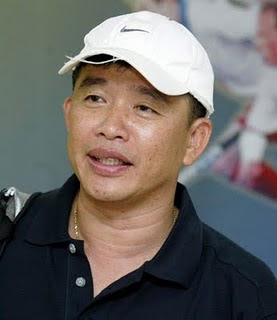 Friendly matches are the best place for a team to gauge their level of play with the opposing team.

When Malaysia were handed a 5-1 and 9-1 whacking by Holland in two test matches last week, it gets you thinking.

National coach Tai Beng Hai (pic) told The Star's S.Ramaguru that the fast pace set by the Dutch overwhelmed the new players and they could not get their game going.

In the same article, team manager Stephen Van Huizen was quoted as saying:

“Although the score looks bad, there was some good play from the team."

Here's hoping that the team make full use of the remaining nine matches tour in Europe.