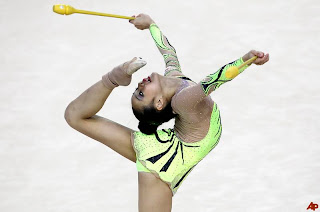 With the likes of unhappy gymnastics, officials who have been around for more than two decades and officials who claim it is "normal in gymnastics to bribe judges", Wan Nin's fairy tale run is a breath of fresh air.

There were already big plans for her in 2009 - as seen here.

Last year, Wan Nin raised eyebrows as despite handed a wild card to the Youth Olympics, she made it to the final - as published in NST.

Yesterday, she finished 30th - the nation's best ever result - at the World Championships in France. The Star wrote about it today.